‘DannyBoy’ is a feature film comedy-drama directed by Ferdia Mac Anna and written by Ferdia Mac Anna and Mary Duffin. The film centres around Daniel Buckley who is a nervous teenager who needs to grow up quickly after his father disappears and needs to manage his madcap family – especially his eccentric mother (Played by Clelia Murphy) 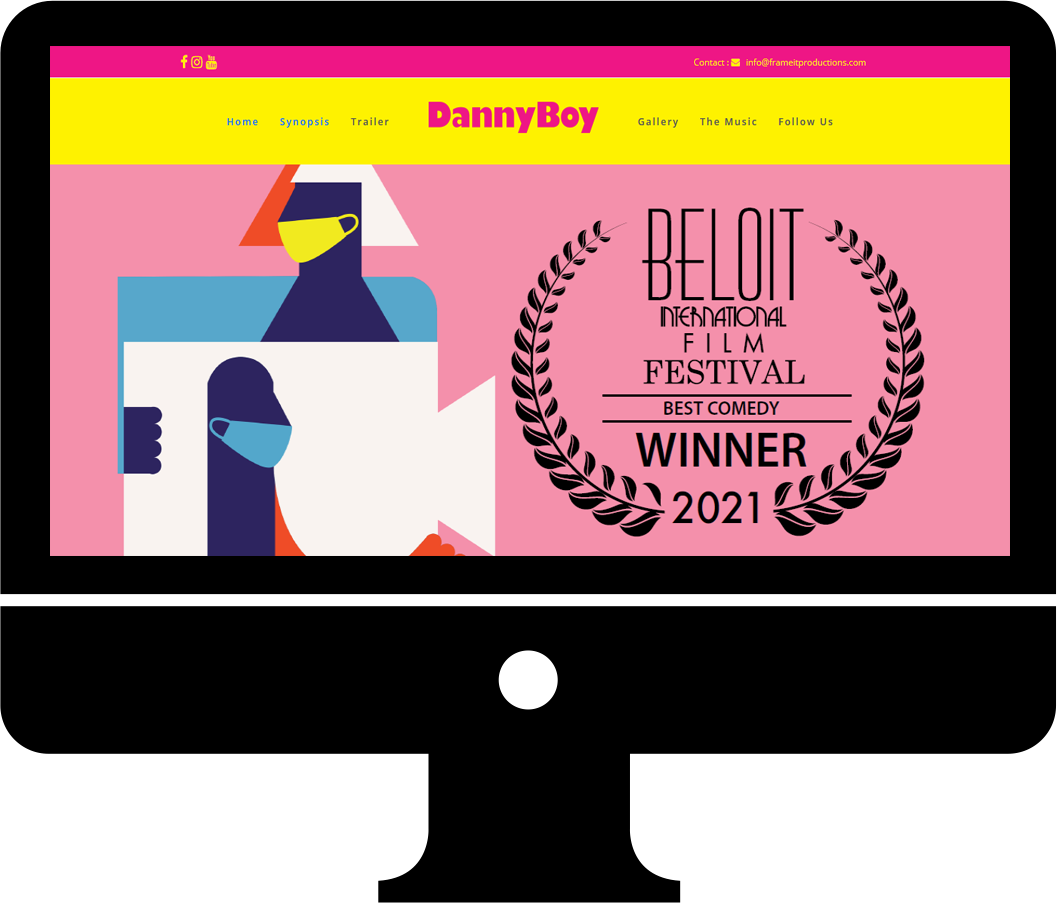 After re-designing a website for this client they were again looking for a simple one-page parallax style website to showcase a movie they were working on. They wanted a bright colour scheme – new romantics of the early 1980’s. Ferris Bueller meets Sing Street. Yellow or orange palette in contrast with the pink logo they had designed for all their promotional material.

Naas based Web Design company that can help you create or update your online presence. Whether it’s an affordable brochure website, one for a growing business, or a cost-effective eCommerce solution, together we can create a design tailored to meet the specific needs of your business.

Get in Touch Today

Page load link
We use cookies on our website to give you the best experience by remembering your preferences and repeat visits. By clicking “Accept”, you consent to the use of ALL the cookies. However you may visit Cookie Settings to provide a controlled consent.
Cookie settingsACCEPT ALL
My Cookie Settings

Performance cookies are used to understand and analyze the key performance indexes of the website which helps in delivering a better user experience for the visitors.

Analytical cookies are used to understand how visitors interact with the website. These cookies help provide information on metrics the number of visitors, bounce rate, traffic source, etc.

Advertisement cookies are used to provide visitors with relevant ads and marketing campaigns. These cookies track visitors across websites and collect information to provide customized ads.

Other uncategorized cookies are those that are being analyzed and have not been classified into a category as yet.

Save & Accept
Go to Top